When Kallholmen’s Malt Brewery started in Skellefteå, Sweden, two years ago, the labels were applied by hand. Two people were able to manage about 150-200 bottles per hour. So the company invested in an automatic labelling system from Scanvaegt. This has meant that now one person can label about 1,000 bottles per hour!

Labelling system increases capacity from 150-200 to 1,000 bottles per hour

The man behind the micro brewery, Kallholmen, is called Per Lundmark. He was seized by the new trend with microbreweries, so when a suitable premises became available near the port of Skellefteå in northern Sweden, Per Lundmark decided to establish the microbrewery in 2011.

In the year before, Per Lundmark met the Czech brewery engineer, Josef Kryst, who has since become a mentor for the new microbrewery. It also meant that Per Lundmark invested in an original Czech brewing system for Kallholmen’s Malt Brewery, which now brews different types of bear on genuine Czech brewing techniques.

Great success right from the start

After the start in 2011 Kallholmen’s rapidly increased both sales and volume, so the task of manual application of labels quickly became a bottleneck and a problem for production. The work had to be performed quickly, so it was necessary to automate the task. Per Lundmark found the solution at Scanvaegt.

He explains: "Scanvaegt had a very good solution for automatic application of self-adhesive labels - both neck labels and product labels - as well as printing dates on the labels. The Scanvaegt system performs the whole task, both printing and application, in just one operation, which was important for us when we had to increase productivity."

Printing and application of two labels

The labelling system prints the expiry date on the product label first which is then applied onto the bottle. Then the neck label is applied after which the bottle is guided to the re-rolling and pressure station where both labels are pressed securely into place. Finally, the bottles are guided to the collecting table.

With Scanvaegt’s labelling system, Kallholmen’s Malt Brewery has been able to increase the capacity from 150 to 200 bottles per hour to 1,000 to 1,200 bottles per hour! At the same time, they were able to reduce the number of employees from two to one.

Very pleased with both the solution and provider

Kallholmen’s Malt Brewery has used the labelling system since December 2012 and it operates really well, according to Per Lundmark.

He explains further: "We could not be happier with the solution - because when the labelling system was installed, we actually expected that there would be some teething problems, but since the outset, the system has been running smoothly - without problems and concerns. It's worked really well with Scanvaegt as the provider, so we are extremely satisfied with the cooperation," concludes Per Lundmark with a smile.

The Scanvaegt system handles the whole task - printing and application of both the product label and neck label - in one operation. It has increased our productivity and has freed up labour
PER LUND MARK OWNER OF KALLHOLMEN’S MALT BREWERY
Scanvaegt Labels

Automatic packing lines do the job

Fully-automatic packing, weighing, packaging, labelling and checking are commonplace in many large companies, and development seems only set to continue.

Automatic systems for printing and applicatio ...

Scanvaegt Systems is the "solution provider" of complete lines for labelling

The PlusFlex Label Designer is a user-friendly system for creating and managing product data, label design and barcodes.

One supplier of labels and labelling equipmen ...

DanePork chose Scanvaegt as their provider of labelling equipment and labels and consequently benefited from the company’s expertise within both fields.

We have extensive experience of producing bottle and beer labels and can help you find the right front and adhesive, to give your product the best loo ... 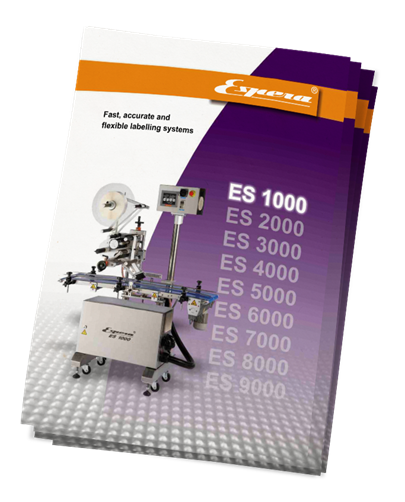